If the update doesn’t install automatically, please delete V0.06 from your local content and reinstall.

Patch Notes-
———————————————————————————————
Graphics Options Toggle-
There is now three different camera views which the game can be played in,
Classic RPG view is the default top-down perspective, used in most classic JRPG’S
You can also choose between Complete Mode 7, and Classic Mode 7.

Complete Mode 7 includes the quasi 3D angled view and applies to ship flight as well as
walking on foot.

Classic Mode 7 includes the original top down view for walking on foot and Mode 7 angled view for when you pilot your ship.

The game begins in the Classic RPG top down perspective, but can be changed while playing.

These new options also means that the game is able to be run on less powerful hardware, if the game
is left in the default top down view. These new graphical options can be seen in the sense of low, medium and
high settings with Complete Mode 7 being high and the default view low. You will be able to customize
these settings further in future versions.

The interlacing issue has been fixed from the last version, there should hopefully be no fuzziness for the people who decide to use the Complete Mode 7 view.

Apart from the toggle, this update also includes a newly designed introduction and beginning location for the game. This introduction will also be added upon in future
versions.

There is also various other fixes such as the enemy wolf sound effects, and more.

This update also includes the beginning of dialogue branched conversations within the game.
So far their is only two quest lines which use this, but this will be added upon heavily in the next update. These quest lines are complete, but could still be seen as
unfinished due to being a little unpolished. I was originally going to work on the dialogue branched quests, but had to stop so I could address the issues of
the interlacing and angled view.

Next update will be focused on implementing gamepad support, achievements and more playable content.
Hope you all enjoy update V0.07!

Save file from V0.06 is not compatible with this update due to the restructuring of the engine.
Your save file starting from V0.07 will be carried over in future updates.

Congratulations, we’ve made it this far. Hello, Spooky here.

Welcome to the official finished release of my home, Spooky’s House of Jump Scares. I’ve very happy to have more fleshy live ones in my home.

What’s new you ask? WELL! You are now welcome to survive all 1000 rooms of my home! That’s right, all 1000 rooms! I’ve added some new Specimen to greet you.

I’ve also added some nice scenery for your human eyes to see.

I’ve „balanced“ the gameplay more as Psychobilly and Akuma Kira put it. I guess they thought some specimen were to easy and too hard so we fixed some of them.

We’ve also found some bugs, no, not Specimen 3. Actual bugs! How neat! We optimized the House better, fixed some spooky sounds to stop the crackling and added some nice new sounds as well!

There’s 2 endings that you can recieve depending on how you behave in my home. Let’s see what you get!

I think that’s it! Let’s see if you make it you fleshy… live ones… He he he

Please Note:
Your previous save will not work due to an issue with major updates and old save files.You’ll need to start a new save file and you will need to use the level skip option in the main menu options and the passwords we provided for you throughout the game to skip ahead. Your new save will function with this build. 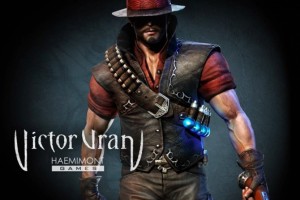