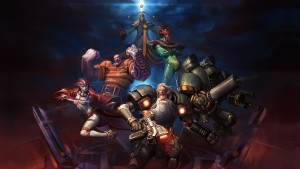 We knew that bots, who are often the first oponents that new players meet, were way too strong for these players. So, we add a difficulty level so that new players can train with AI and have better chances to get the victory. You can now face Easy, Medium or Hard difficulty bots.

“Solo VS bots” games start with Medium difficulty bots. We’ll soon provide a way to set up the bots’ difficulty.
Until then, to play games with Easy bots, please use the game groups!

Our latest patch is officially live! It includes our newest Clone, Junko, the wayward explorer in addition to some global balancing.

For a limited time we will be including Junko free in addition to this weeks regular free Clone rotation. Test her out now while you have the chance! 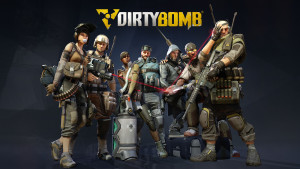 Last week, we unveiled the Elite Case Login Event. Unfortunately, due to an error that had not been encountered during testing, we needed to cancel the event in order to prevent the issue from affecting Dirty Bomb as a whole.

Players that did not receive a free Elite Case during last week’s aborted attempt will receive one during that duration. Additionally, every player that logs in during the event will receive 2 Equipment Cases, as a thank you for your patience in getting these rewards out!

Each Elite Case contains either a Silver, Gold or Cobalt rarity Loadout Card for a random Merc, be it one that you have purchased or one that is still locked. All Loadout Cards from the Elite Cases are guaranteed to have three Augment slots as well, so you’re sure to get a fully loaded Loadout! 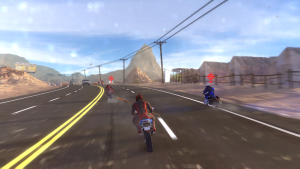 Some graphical improvements and bug fixes

Our June Update, „THE REACTIVATION OF ASSEMBLAGE 14538“, is now on Steam! Notable changes:

The full changelog is once again far too mighty to fit within the paltry character limits of a steam announcement! You can find the full thing over on our development blog!

The development progress page has also been updated, with exhaustive notes on the status of the project, as well as even more details on the stuff we included above.